I fell in love with gynaecology as soon as I started my undergraduate training back in the 80s at Queens University in Belfast.

I moved away from the idea of being a general surgeon, and started to concentrate on one of the most challenging roles for a woman in medicine, but I have never regretted the hard work, sweat and tears that accompany years of training and long hours in my chosen profession, because I still enjoy every minute, and hopefully that is reflected in the expert specialist care I give to my patients. 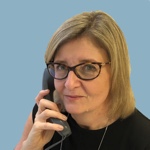 Sara Matthews completed her medical degree at Queens University in Belfast in 1991. She was admitted as a full member of the Royal College of Obstetricians and Gynaecologists in 1996, and became qualified both as a Consultant Gynaecologist and RCOG Subspecialist in Reproductive Medicine and Surgery in 2004. During that year Miss Matthews was also awarded a Masters Degree from the University of Leeds.

Miss Matthews has one of the broadest experiences of all consultants in the UK in the field of Fertility Medicine, having worked in a number of the largest, most established and highly regarded fertility units in the country.

Miss Matthews trained with Sir Robert Winston at the Hammersmith hospital in London, then in Leeds at the General infirmary and St James University teaching hospitals, where she did her Masters degree. RCOG subspecialty training in Reproductive Medicine and Surgery followed at Addenbrookes Hospital in Cambridge, in conjunction with the University of Cambridge. Miss Matthews was an undergraduate tutor for several Cambridge colleges, and continued her IVF training at the famous Bourn hall clinic.

Miss Matthews became the youngest Medical Director of an IVF unit in the UK when she was appointed at the Homerton Foundation University NHS Hospital Trust in London in 2005.

She is now based solely at the Portland Hospital for Women and Children in London, where she has had her own very successful independent practice since 2008.

Miss Matthews is a senior gynaecologist as well as a fertility specialist. She trained in psychiatry and genitourinary medicine, holds the MSSVD certificate for the management of STIs, and is a qualified Forensic Medical Officer (trained in the assessment and care of victims of sexual assault). She is an advanced laparoscopic surgeon (MAS level 2), and certified aesthetic gynaecologist.

A number of TV and radio programmes, and national women’s magazine articles have included Miss Matthews over the years, and she made headline news worldwide last year as the doctor responsible for the first woman to have a baby using transplanted ovarian tissue that had been frozen before puberty. She continues to be involved in cutting edge research in this exciting area of fertility preservation.

Ongoing research projects at the clinic include the use of poppy seed oil infusions (lipiodal) to improve implantation for women having IVF, and the efficacy of radio frequency treatment (ThermiVa) to treat vaginal dryness in women with breast cancer on Tamoxifen.